Scotland is famous for rugged landscapes, with soaring mountains, dramatic stretches of coastline, deserted beaches, and deep glistening lochs, whisky, bagpipes, golf, and the Highland Games. What many people don’t often realise, however, is that there are numerous awesome music festivals in Scotland all throughout the year. Yay!

Covering diverse genres of music and appealing to different age groups, tastes, budgets, and traveller types, the varying music festivals in Scotland can be a fabulous addition to any Scotland adventure. Indeed, the Scottish music festivals can be a sole reason to take a trip!

And if you’re a solo female, don’t let the thought of going alone stop you. There’s plenty of ways to meet people on the road and music festivals are a great way to do it!

The Best Music Festivals in Scotland

You might have heard of some of the more well-known festivals, such as the Future Music Festival, the Glasgow Festival, and the Edinburgh Music Festival. But there are sure to be plenty of surprises in the following list of music festivals. 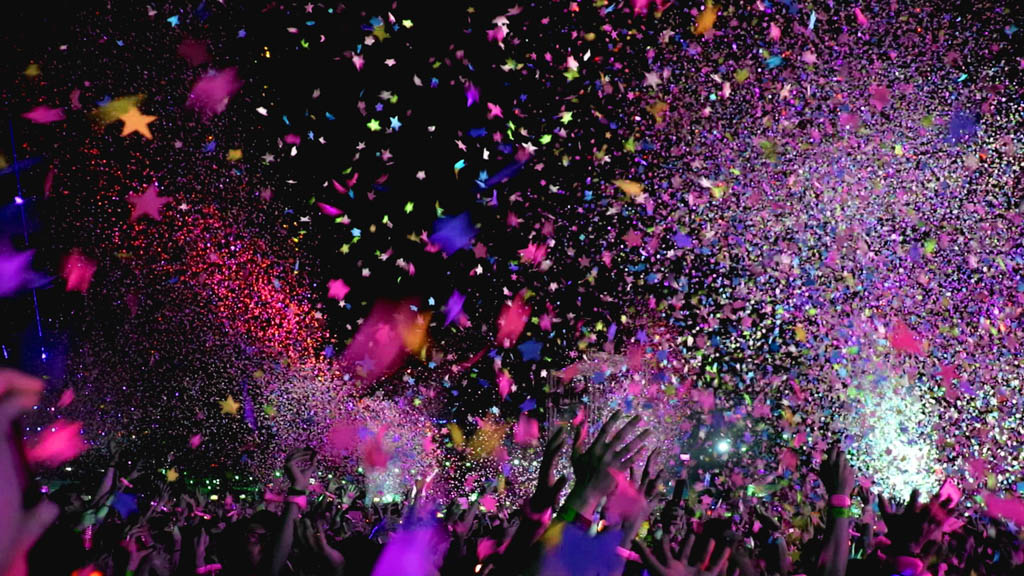 The ideal time to go to festivals in Scotland

So, without further ado, add some of these best music festivals in Scotland to your bucket list and prepare to let the good times roll baby.

Doune the Rabbit Hole has moved away from its original home in Doune but it’s still going strong! The independent arts and music festival attracts many fans of the arts, theatre, and music. Comedy, poetry, food and drinks, and loads of entertainment are all part and parcel of the experience! An awesome weekend is guaranteed.

Solo Female Travellers Will Love: Meeting people will be a breeze here. There’s a ton of awesome workshops and interactive sessions to go.

One of the most renowned festivals in Scotland, the Edinburgh International Festival boasts amazing classical music as well as a chance to watch the incredible Edinburgh Tattoo. Be awed by traditional sounds and watch an array of colourful and lively performances.

Solo Female Travellers Will Love: The schedule is action-packed and Edinburgh is one of my favourite cities. There’s just so much to see and do here. Check out my Guide to all the Edinburgh Festivals in August here 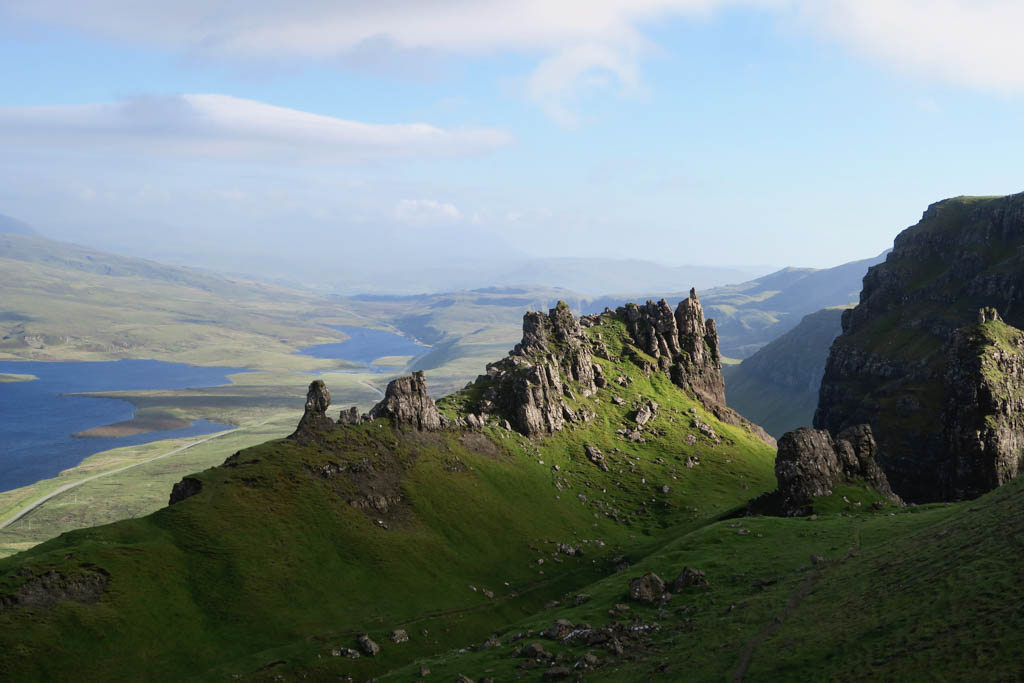 Set alongside Scotland’s most famous loch, Groove Loch Ness is another great choice for fans of EDM. Replacing the former Rock Ness, Groove Loch Ness promises to be a frenetic and pulsating event. Extra awesome points to you if you get to see the big girl with your own eyes!

Solo Female Travellers Will Love: Staying around for a few days after the festival to explore the glorious lake in the summertime. I loved Nessie Hunting on my Scotland Highlands trip!

*Update: this festival has bit the dust*

If being held in the grounds of a gorgeous castle wasn’t appealing in itself, Electronic Fields Festival boasted a diverse lineup of acts. Arab Strap and Frightened Rabbit were among the bands due to perform at the festival in 2017. A top family-friendly festival in UK, it also appealed to solo travellers, groups of friends, and couples. The fairground offered bags of fun too. Bah, such a shame it’s gone.

When? Alas, it is no more. RIP Electronic Fields Festival.

Where? Thornhill, Dumfries and Galloway

Solo Female Travellers Will Love: A special craft area for you to express your creative side. The perfect place to have some chill out time away from the main festival hustle and bustle!

Best of the West Festival

Held in a beautiful castle in a picturesque setting, Best of the West Festival (BOWFest) combined history, culture, music, food and drink, and numerous workshops. It welcomed all for two days of fun. It was pretty perfect for foodies too with a big emphasis on Scottish food.

When? RIP Best of the West Festival 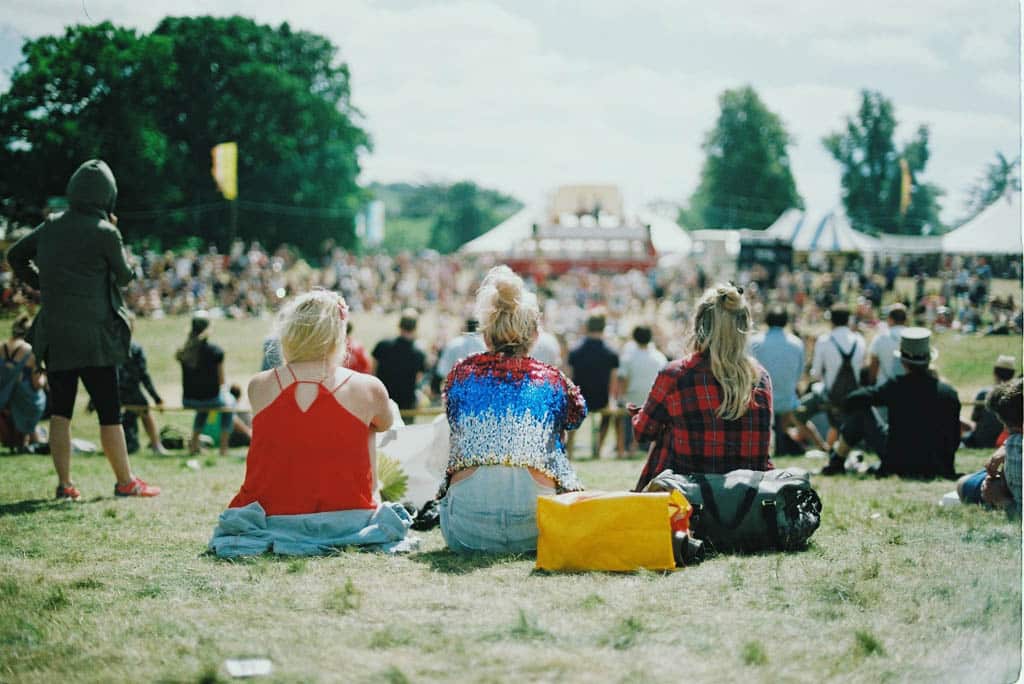 A terrific choice for fans of traditional Celtic music, Celtic Connections features all the best sounds from this genre. Spanning a couple of weeks, you can dip in and out of the revelry as you like, so there’s plenty of time to explore the rest of Scotland. Make sure you get up to the Highlands before or after!

Elrow is a hugely popular music festival in Spain, and the international tours bring a slice of popular party-island Ibiza to Scotland. A premier dance music festival, rave fans can don elaborate outfits to get their groove on to big-name DJs. Time to get fancy and put your best rave gear on!

Solo Female Travellers Will Love: If all the partying gets too much, take a break and explore the tropical foliage where you’ll find samba dance troupes, stilt-walkers, fire-breathers, exotic creatures, and more.

SAVE MONEY ON YOUR SCOTLAND TRIP

Get the Historic Scotland Explorer Pass

Attracting a niche interest set, solo travellers attending Shetland Folk Festival can be sure of meeting people with similar interests to themselves. The most northern music festival in the UK features traditional Scottish music and a folksy ambience. The area’s history, heritage, and culture shine through and you can enjoy sessions in local pubs and stages throughout the island. Cool huh? 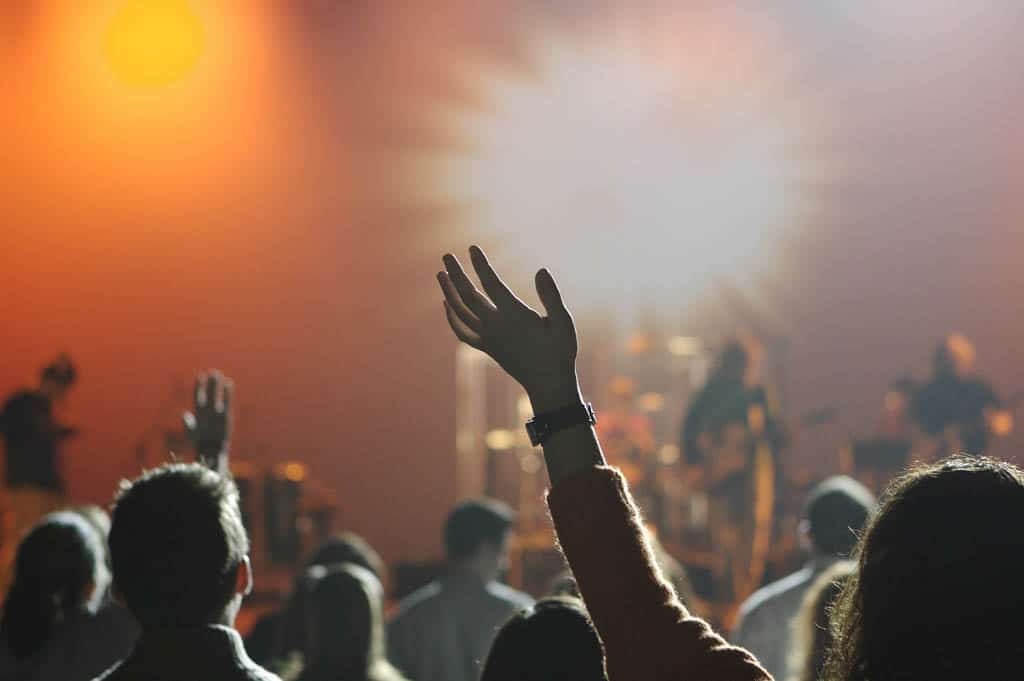 Bit of a mouthful to pronounce! Yet, Knockengorroch World Ceilidh is one of the longest-running outdoor festivals in Scotland. As well as traditional music and dancing, the action-packed festival also offers local food and drinks, live music from around the world, diverse workshops, displays of performing arts, camping areas, movie screenings, and a sauna (yes a sauna!) to list just a few things.

Where? Gatehouse, Dumfries and Galloway

Solo Female Travellers Will Love: The silent disco will let you dance like you’ve always wanted to and the workshops offer plenty of chances to meet people with similar interests. No partner needed to join in with the cheerful ceilidh!

The small town is easy to get around and the eclectic acts are sure to thrill. One of the most diverse music festivals in Scotland, MoFest features a lovely range of bands and musicians spanning several genres. The festival in non-profit, believing in free live music for everyone!

When? To be confirmed – fingers crossed

Solo Female Travellers Will Love: Discovering new sounds and grooving to favourite beats in a relaxed and easy-to-navigate town. 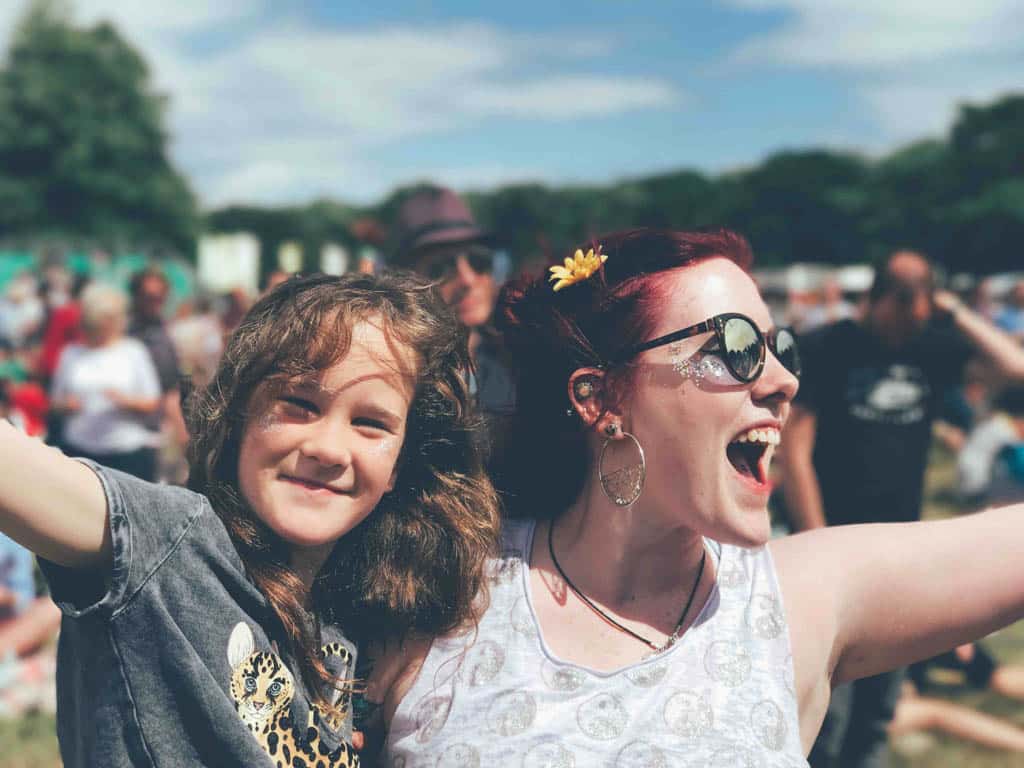 Solas Festival is among the top music festivals in Perth. A family-friendly affair, solo travellers won’t feel incredibly out of place in the cheery crowds. Acts include indie, pop, and rock names, and the festival has a distinct artsy vibe too. Enjoy poetry recitals, dance workshops and performances, literary discussions, debates, and philosophical talks. Solas Festival encourages challenging debate with activists, writers and thinkers from across the political, cultural and religious spectrum.

Solo Female Travellers Will Love: The stimulating and intellectual talks and space to share your views.

Where? Moffat, Dumfries and Galloway

Solo Female Travellers Will Love: There’s so much to experience! Tons! It’s boutique and lovely. Enjoy! 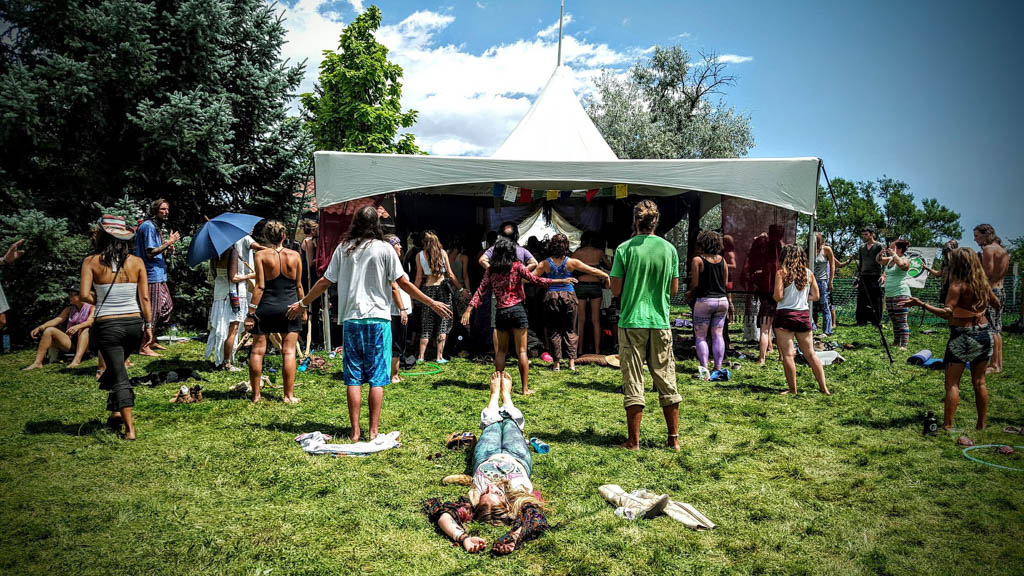 While the island of Tiree is generally known for its top-notch surfing conditions, its lively summer music festival brings something else to the area. One of the country’s best small festivals, the intimate vibe, varying performances, and cool entertainment make this a great choice for people who don’t relish being in the middle of a huge crowd.

Where? Isle of Tiree

Solo Female Travellers Will Love: A small, friendly festival means it’s easy to strike up a conversation here. Plan a few extra days to chill on the beaches and explore the verdant countryside. This place is ace!

Head to the grounds of a grand historic 13th-century castle and be enchanted as the gardens spring to life with an assortment of bands and performers. Wander through the woodlands as the sounds drift through the air and pack a picnic for a magical day out. Pure bliss!

SAVE MONEY GETTING TO YOUR FESTIVAL

It’s a classic! Events are held around the Scottish capital, providing the chance to explore as you move from stage to stage. Global names can be found among the headliners, and there’s plenty of local talent to appreciate too. The youthful feel appeals to many and the festivities last for just over a week. Go be sophisticated.

Solo Female Travellers Will Love: The relaxed atmosphere and discovering Edinburgh between performances.

The best places to stay in Edinburgh Scotland

Here are the top 3 options for budget, midrange and luxury travellers. 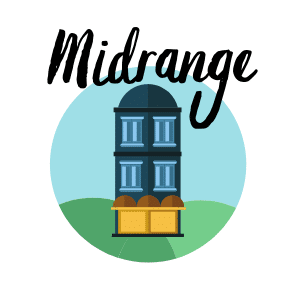 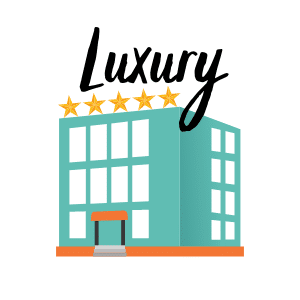 Solo Female Travellers Will Love: Glasgow Green is easy to access and the festival welcomes some big names! 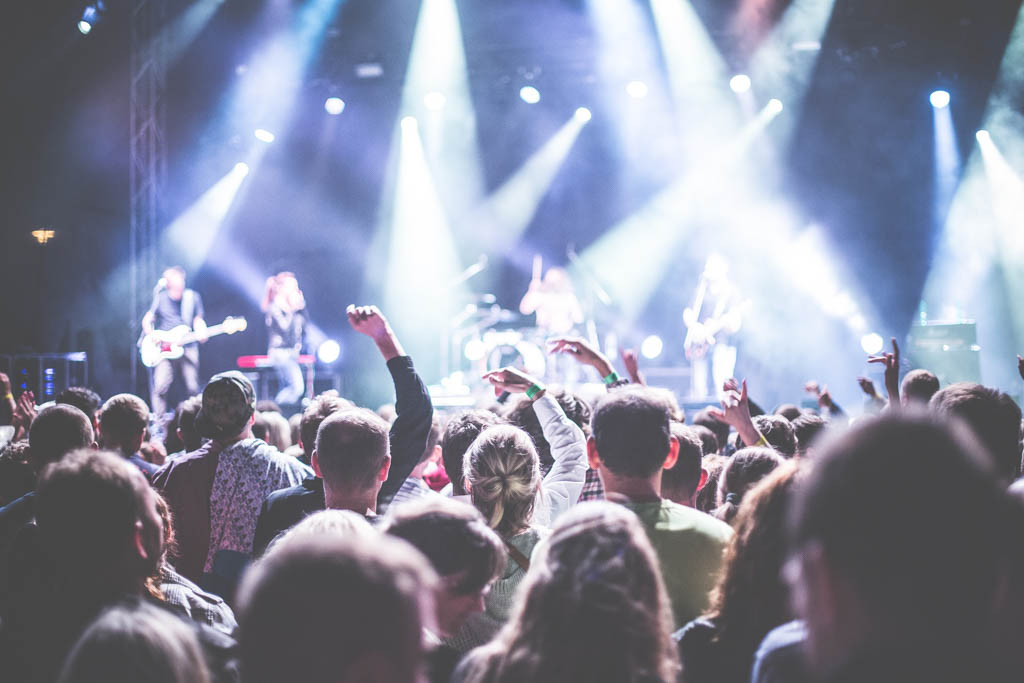 Set on the Isle of Bute, this is one of newest music festivals in Scotland, starting in 2015. The island springs to life for the celebrations; attracting families, couples, friends, and solo adventurers. Both day and camping tickets are available. It’s really family friendly, so expect a chill atmosphere here.

Where? Isle of Bute, 33 miles from Glasgow!

Start planning your Scottish adventures and don’t forget to include some of the awesome music festivals all around the country. What other music festival in Scotland would you recommend, and why would they be great for solo female explorers?

Get a quote with World Nomads now

Start planning your Scottish adventures and don’t forget to include some of the awesome music festivals all around the country!

Take me to the Best Scottish Edinburgh Whisky Tasting Bar

Escape to the woods with Camp Wildfire

What music festival in Scotland would you recommend? Comment below! 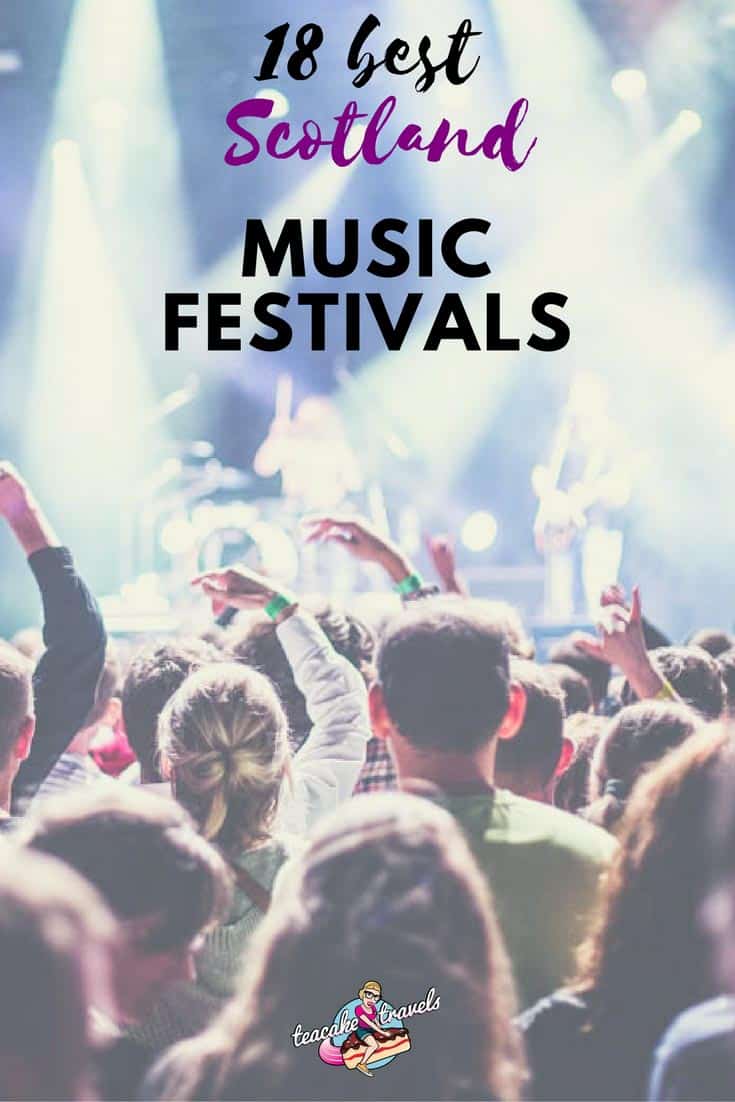 Affiliate links are included in this article. I’m recommending certain products and services to you in this article (which I’ve tried, tested and love). If you click on one of these links, I get a little bit of money paid to me by the company, at no extra cost to you.

18 Best Music Festivals in Scotland to Escape the Norm