I’d love to be sitting here telling you that India is totally safe for solo female travellers. That’s unfortunately not going to happen today…and for quite a number of years. Decades?

Two months on from my experience of being sexually assaulted in India, this is what needs to be said. 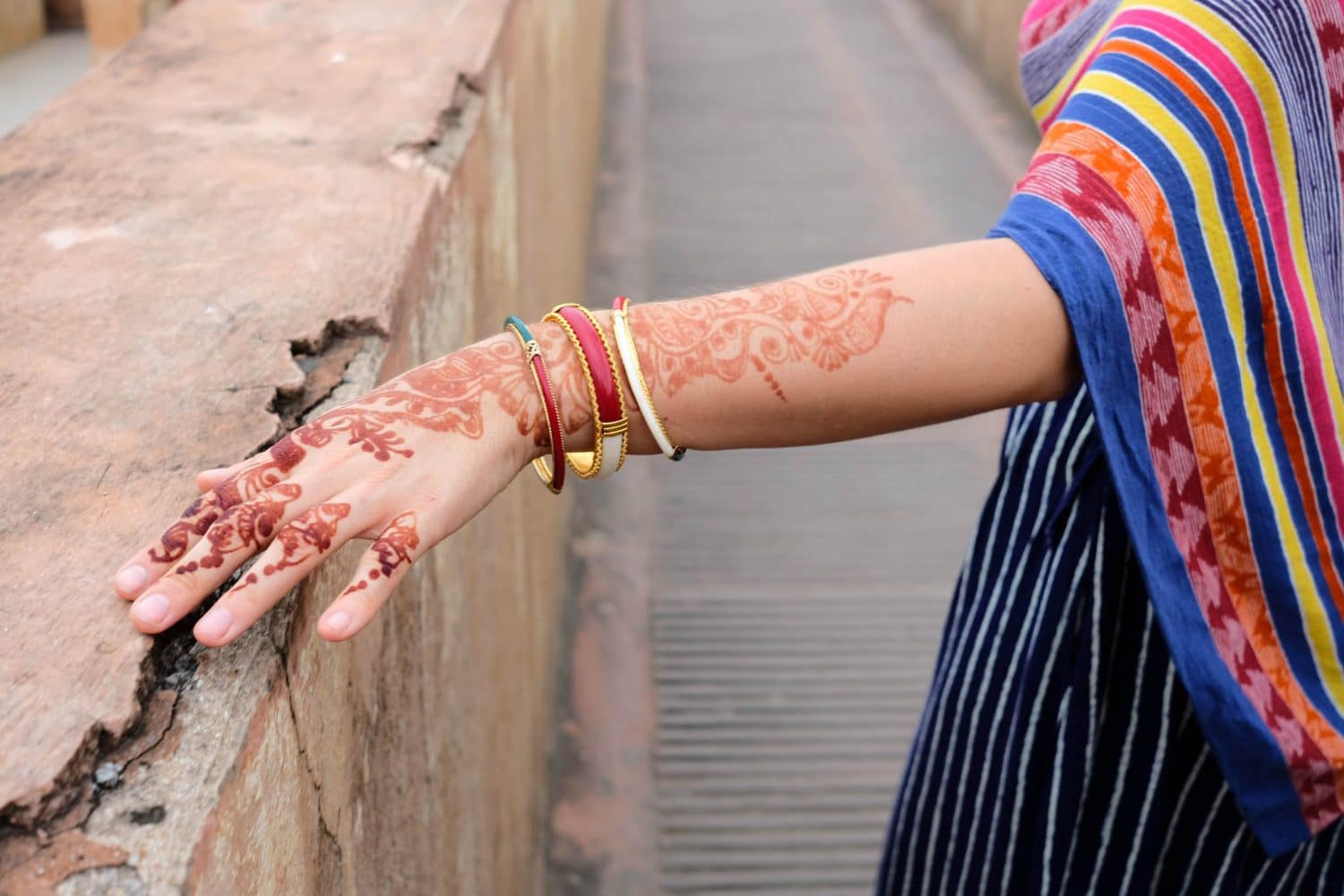 I was sexually assaulted in Rishikesh

After a lovely birthday dinner with my friend Victoria, I left the restaurant and began to walk back home the way I had come. Victoria departed in the opposite direction.

White marble tiles paved the way forward. There were plenty of benches to enjoy the view and quaint lights to guide the way. However, this scene slowly merged into a stone dirt path. Benches turned into trees and the lights disappeared.

I’m an alert girl. I continuously check in with myself and my surroundings. I ask myself: ‘Is this OK? Am I OK? OK?’

Always listen to your inner alarm

My inner warrior voice started to speak increasingly louder to me.

Time twisted and turned and before I knew it, I was walking alone and saying right back to myself, ‘You’re in s**t’. I knew it.

I whipped out my map app, double checked my location, and saw that I was halfway from the restaurant and halfway from home. I’d made it this far. I didn’t want to go back. I decided to keep going.

With my head held high, I started walking down that river path like I owned that route. Arms swinging, chest up and out, every ounce of my body langauge was saying, ‘Mess with me and I’ll rain hell down on you’. The guy who materialised ahead didn’t pick up that broadcast.

First he asked where I was going. I said hi and told him I was heading to the bridge. I made sure he was in front of me as he kept walking forward. But at one point he stopped and mumbled something in Hindi, and I couldn’t hear….and oop, he just went ahead and full on grabbed my chest.

I furiously scorned him and kept on walking. A dishevelled labourer walked past and I pointed right at the culprit. ‘This man just grabbed me!’ Yet he had no idea what I was saying and continued to walk on. And I was still on this one-track road with this idiot.

I wish I had just took his ass down right there and then. I’m a nice person. Too nice. I believed ‘telling him off’ would do the trick. Far from it.

He reached inside his trousers and I automatically thought ‘Dear Lord he has a knife’. I’ve never been so relieved to see a penis. For what was about to happen next, I knew I could handle it.

He lunged at me and tackled me to the ground. Things escalated within seconds.

He ripped my trousers down and was frantically trying to ram his fingers into me. Thank the heavens my body went straight into action mode and didn’t freeze.

Two years ago, I learnt Gracie Jiu Jitsu for this very situation.

I wish I had done more

I HOWLED. I brought my knees to my chest and kept my feet firmly on his hip bones to stop him from getting any closer. I covered my head with my arms in case he tried to hit my head. I struck his chin repeatedly upwards with the heel of my right foot.

There was no way I was going to let this dickhead ruin my birthday.

At this point I could have done so much more. Broken his arm. Choked him out. I wish I had. But as I was planning my next move, he suddenly jumped up and ran away.

I got up. I brushed myself down. I gathered my belongings on the floor, picked up my flung flip-flops and made my way towards the end of the path back home.

I stayed put in this exact small city for a whole other month.

The 5 Lessons I Learnt From Being Sexually Assaulted in India

I was so relieved when I reached my accommodation that I was alive and well, that I called a couple of friends that night just to talk through the shock and calm the hell down. I spoke to God a lot in the bathroom. I’m not Christian, but I’m certainly spiritual. I thanked every single force that was watching over me for getting me out of there in one piece and vowed to talk about what happened publicly. I messaged my Jiu Jitsu coach and thanked him again and again and again.

The next morning I got up early, washed, dressed and went right back out there. I didn’t go to the Police. I didn’t want to be questioned by a bunch of blokes. Instead, every cafe or shop I went to, I told the owner what had happened. News like this spreads fast in a community. They needed to know.

Here is what I’ve learnt from the whole experience:

1. You need to travel to India

India is amazing. It has a ton of problems but the country is fascinating. I’m passionate about women empowerment and more than ever, I want to help the women I met with Hands on Journeys. I also fell completely in love with yoga in Rishikesh. I stayed in an ashram there after the incident to process everything. I’m grateful to yoga for helping me heal. One man’s actions does not dictate how I see India. Not one bit.

Think you shouldn’t travel to India because of what happened to me and other women?

2. It could have happened in any country

Nadia Khomami from The Guardian says it perfectly: ‘It happens in every country every day to all women, and it’s done by friends, colleagues, ‘good guys’ who care about the environment and children and even feminism, supposedly’.

The truth is, whether women are stepping out into their hometown, or flying across the world to a completely new place, we need to watch our backs wherever we are. Terrible but true. 35% of women (undoubtedly more) worldwide have experienced assault in their lifetime. The #MeToo movement is speaking loudly and clearly about that.

I wholeheartedly believe that taking the time to learn Jiu Jitsu saved my life. It’s one of the best presents you can give yourself before you hit the road. It doesn’t matter how small you are. You don’t need big muscles either. We’ve got this!

I was so determined to not let this attack ruin my India trip. I took time on my yoga retreat to try to process it all. My body and mind were suffering though. Underneath the determination, I’ve been highly anxious. It’s taken me time to feel OK being near men, to be alone in a room with a man and walk on the street solo. Physically, there’s been a lot of stress reactions going on. So if this has happened to you too, I’m sending you lots of love and care. We must be kind to ourselves.

5. We need to talk about this more than ever

Writing this post hasn’t been easy. But it’s necessary. Everyone needs to be aware of what is going on but more than anything, we need to work together for a change which has been urgently needed for…(since the dawn of time?!). If you’re talking to your girl friends about travel safety, speak to your boy friends about consent.

How to be a part of Women Empowerment in India

5 Lessons I Learned Being Sexually Assaulted in India