What’s that in my soup?! 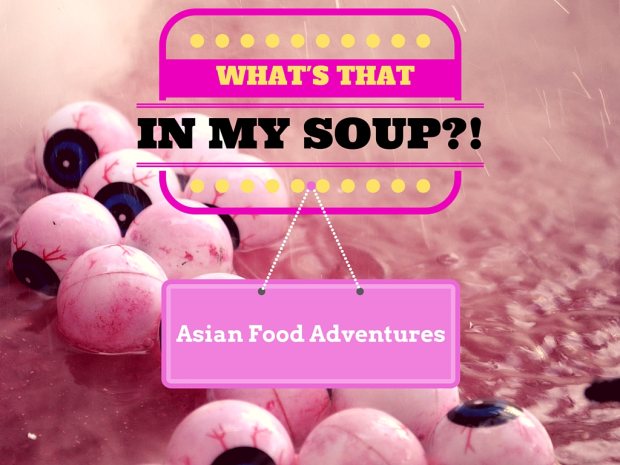 I currently work at a Kindergarten school.  Lunches here are infamously known as being complete and utter rubbish.  I want to stress that I’m not a fussy eater, I eat anything but this food is kinda made from the stuff of nightmares.  Just think lots of oil + sugar + fat + MSG + bones + unidentifiable objects and lunch is served. Me and my coworkers try our best to escape the pain of eating it but sometimes, life happens, stuff gets in the way and we have no choice. Bear in mind that we work in the middle of nowhere.  Once we get on that work bus, we’re not near any food-making rescue service whatsoever for 10 hours.

I want to stress that when you’re travelling, you don’t only need an open mind with people but also an open mind with their food.  If someone is offering me something, I’m going to take it.  Maybe it’s the polite British lady within me, but you take that food and eat it.  Well, unless you’re a strict vegetarian or your stomach is really going to suffer from it. They’ve bought it with their own money, made it and have the heart to share it with you.  Eat it (or at least try your best to look like you’re eating it).

What was in that soup?!

I woke up stupidly late this morning. Ran out the house with my hair like Edward Scissorhands and all that.  So today was a school lunch day.  I strolled along to the canteen, handed over my bowl and the ‘chef’ (not sure if I can even bring myself to call that dude a chef) handed over the soup and I waltzed on back to the staff room.  Sat down. Put my spoon in.  Rose that spoon up and yep, hello Donald Duck Head! Head / Eyes / Beak / Throat – that duck didn’t look happy and neither was I.  Staring up at me, swimming in its own death water, I jumped across the room yelping like a hyena.

Remember that scene in Indiana Jones and The Temple of Doom where they eat monkey brain soup? Snap.  You can take the girl out of London but you can’t take the London out of the girl! Wholeheartedly, if I’d known the head was in that big vat of liquid, I probably would still have eaten it but in my bowl and without knowing it? Surprise!

One man’s trash is another man’s treasure

The thing one must understand is that for me to get that ugly duckling could be like me receiving a very nice chocolate cake.  The Chinese consider the duck’s head to be a delectable delicacy.  They smash the skull in and suck those brains right out.  Maybe the ‘chef’ wanted me to eat well.  Or, maybe the ‘chef’ just wanted to screw with me.

Back when I motorcycled around the whole of Vietnam by myself for 3 months in 2013, I decided to stop at the end of my trip, work for a little bit teaching English and push my funds back up.  My employer’s grandparents were farmers and I asked if I could go and meet them.  If there’s an opportunity for me to gain a deeper understanding and connection with a culture, I’m there.  My boss agreed and off we went.

When I arrived, the whole family turned up.  The WHOLE family.  There must have been a good 20 or so of us and they were very excited to see me, which was truly lovely. In honour of me arriving, they said I could kill any 2 animals I wished for lunch, so I chose a duck and a chicken.  They asked me if I wanted to do the deed but I had no clue whatsoever so stayed, watched, saw those animals slaughtered and what happened was a much needed education.

I felt like a naive, useless, city girl, oblivious to where her food actually comes from.  I mean sure, I know that a chicken is a chicken but when it’s given to you in a clean, white plastic-wrapped tray in a supermarket you don’t really think for one second about the wings, eyes and insides. On this day, I saw everything from A to Z. With every preparatory step, I realised what I had been eating in Vietnam for the last 3 months. That liver, that intestine, those feet.  I’d eaten all of it but now I was really seeing it, truly seeing it, in serious amounts of eye-opening detail.  Real life.  Real food. No more supermarket warped reality.

When lunch was served, I forced myself to eat everything that was offered to me.  I did so to be polite and grateful but for the next 3 days I vomited continuously and didn’t eat meat for a month. 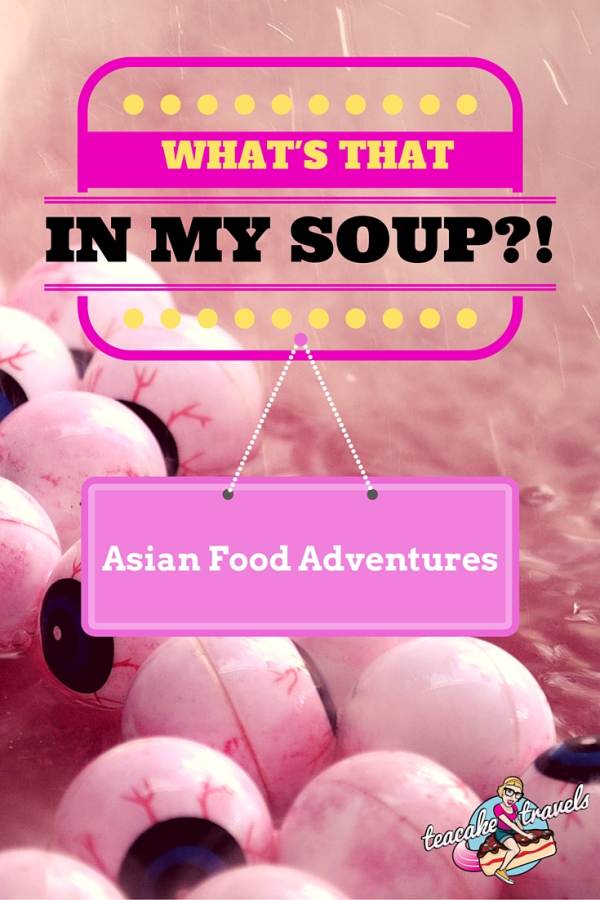 Crazy Teacake or polite Teacake?  Share your opinions below!

Never teach English in Vietnam like this
Scroll to top