10 Things You Need To Know For The Adventurists Mongol Rally

You are here: Home1 / Storytime2 / 10 Things You Need To Know For The Adventurists Mongol Rally

It has now been exactly 3 months and 22 days since I finished The Adventurists Mongol Rally. I’d say I’ve only just about recovered. Ticking off the Adventurists Mongol Rally on your life achievement list is freaking kickass but you have to earn that badge. Teams are already getting ready for the next one in 2017 and I want to tell you from the bottom of my heart what it is REALLY LIKE to do the Mongol Rally (because there are so many things you just DON’T KNOW when you throw yourself into this s**tshow).

Wait…What Is The Adventurists Mongol Rally?

OK…let’s backtrack. The Adventurist’s Mongol Rally is a test of how psycho, open-minded, danger-loving and downright superhero you are feeling when you make the decision to take part in this madness. Your mission is to drive from the UK to Mongolia (with the finish line just over the border in Russia, any route you want, in the crappiest car possible and make it there alive, whilst raising £1000 for charity. As the Adventurists put it themselves…

There’s no backup, no support and no set route; just you, your fellow adventurists and a tiny car you bought from a scrapyard for £11.50.

If you’re at all curious about what you need to know about the Adventurist’s Mongol Rally, here’s the meaty gossip.

Aww look at us all. All clean, rosy and cosy. NOPE. Complete and utter lies. 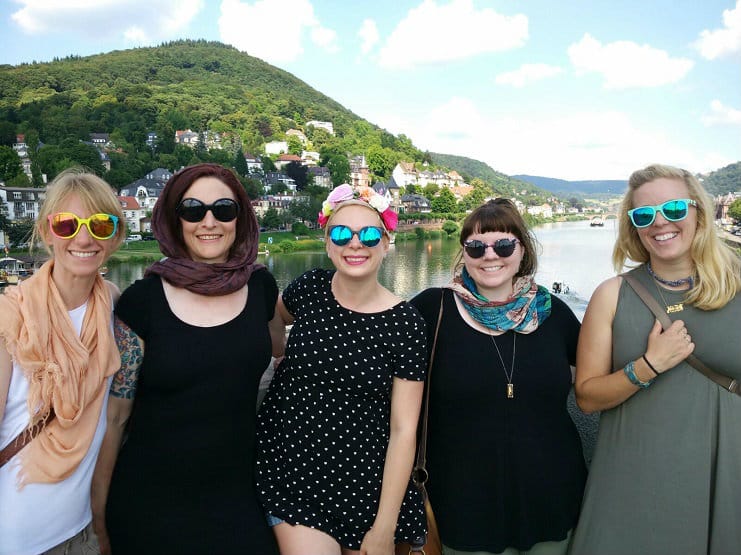 I’m well known for being able to get on with ANYONE and it takes a lot for me to finally lose the plot. A LOT. Well, a certain team member officially did enough. So much so, that my last few weeks of the rally were (un)successfully coped with on copious amounts of dubious Russian moonshine and hiding in other teams’ cars. It all came to a head with me screaming my frustrations into a crummy sweat-caked car seat whilst punching the glove box repeatedly (gotta keep it classy).

We took a big risk in theoretically agreeing to get married before we’d even met each other. We met online, conducted all our planning online and some of us met for the first time ever at the Adventurists Mongol Rally start line.

High fives for the big balls we had for doing that. Get the weepy violins out for us for that not working out well. It’s 100% true that you don’t know someone till you travel with them but make sure you have an idea of who you’re dealing with somewhat before you go. 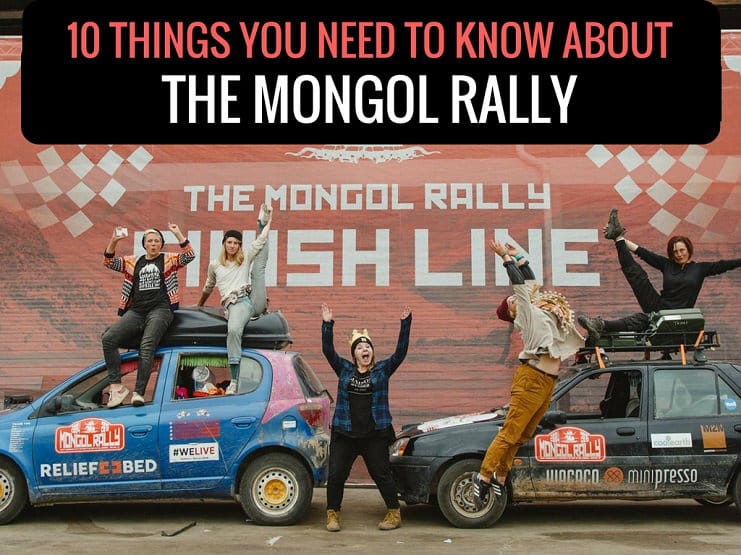 Money Is A Serious Stress

The Adventurists Mongol Rally is expensive. Not only are you raising £1000 for charity…you need to buy a car, car insurance for every country, visas for every country, food, drink, PETROL (Oh sweet mother Mary that’s expensive in Europe). You’ll have inevitable car repairs, hotel accommodation when you can’t take s**tting in a dirt hole next to a dead sheep anymore, dodgy police fines, toll booth charges and you might have to replace objects that get broken and lost. Paula, I’m sorry I lost the toll booth ticket in Italy. 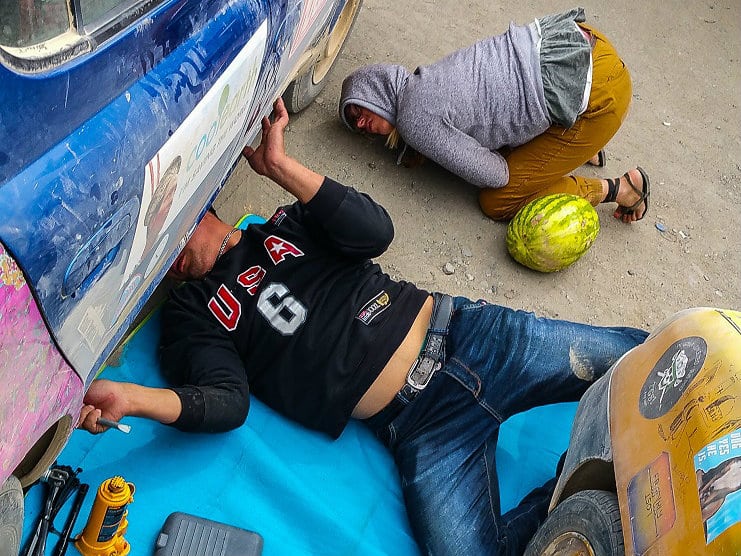 Melons only get you so far in payment. Admittedly though, they did help pay for a few things!

When it comes to finances in your team you need to understand what everyone’s budget is, what you want to spend money on, and make sure that the purse strings are with someone who can keep track of it all. It’s guaranteed your team WILL have arguments about money, so set your expectations from the start.

If You Get Sponsorship…Make Sure You Can Deliver

Team #WeLive were absolutely blessed with the backing of many sponsors to help us make it to the finish line. We decided what we could offer as a team, put it together in a media kit and negotiated with businesses about what was possible.

Truth is that it took us way longer to deliver what we promised than we thought. Think about it. You’re living in a car. Internet is ridiculously sporadic. You’re just trying to stay alive…tweets aren’t the first thing on your mind. So, think carefully about what you can offer if you decide to fund this mayhem this way. 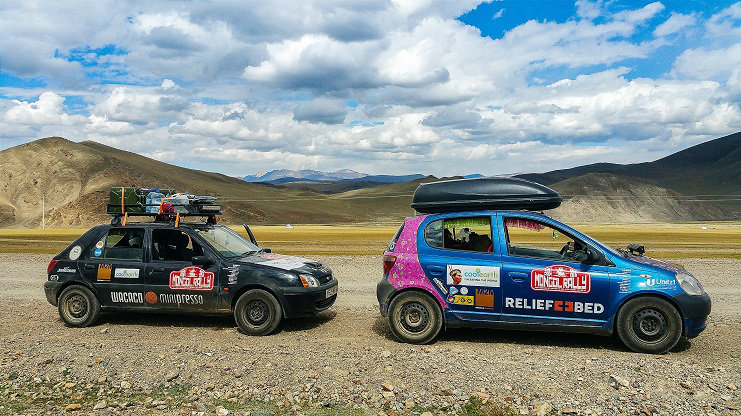 We thought taking 2 cars was genius. It was a stupid idea. We thought by having two cars we would be able to have more breathing space and rotate with each other. We thought it would be more comfortable. In reality, it divided us. It made communication incredibly difficult, some of us never wanted to be in the same car with each other and it was DOUBLE THE COST. Take one car and have four people in your team MAX.

There were times where we would drive 18 hours a day. Sometimes all through the night. If you like cars, living in a car, driving a car and fixing cars, you’re gonna be fine. If this is your idea of a nightmare, stop reading right here buddy. 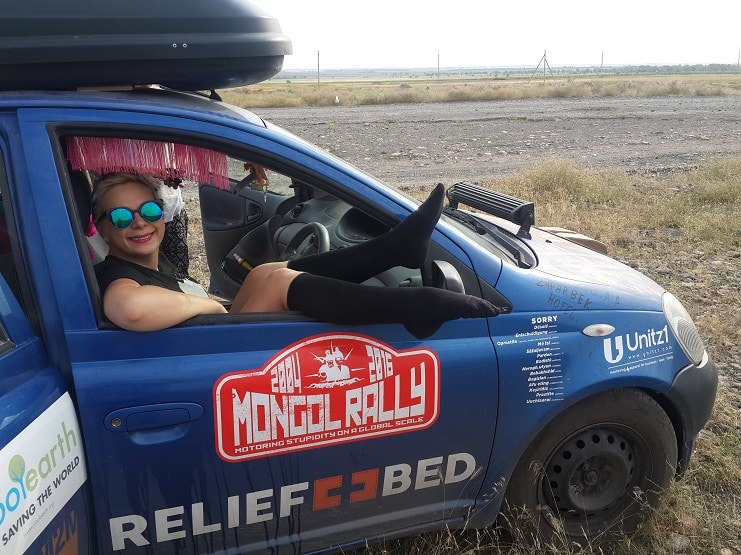 Your Body Is Your Temple

The hilarious thing is when we all thought we were getting tanned but we were actually just covered in crap. One shower a week does wonders for your tan, let me tell you. We completely treated ourselves like rubbish. We lived off noodles and vodka for 2 months. If you’re 18, you’ll be fine. If you’re my age, you might just hate yourself. At least take a bottle of probiotics, a water filter bottle and buy a banana now and again. Because you’re worth it. 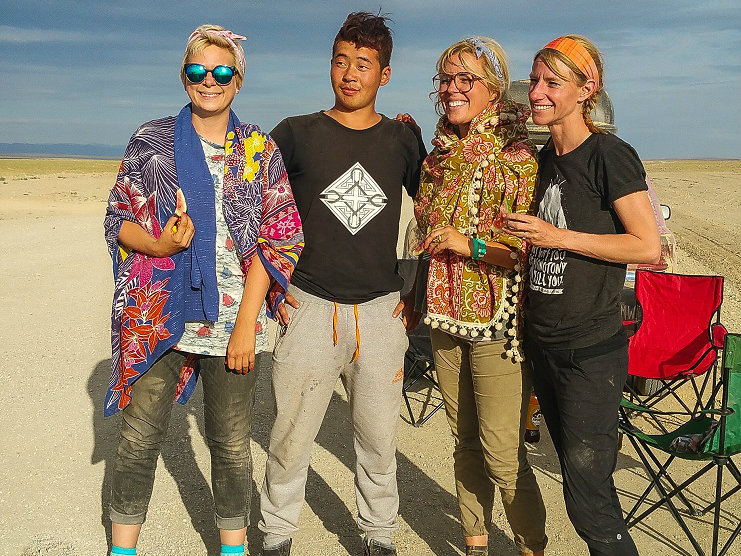 You Must Get Travel Insurance

People have died on the rally. People have got caught in Kazakhstan pooping out bright orange gunk from their guts for 2 weeks (that will be me). We all got sick. I ended up in hospital in Russia for two weeks after I got to the finish line. That was fun (not). Admittedly, my Russian improved a lot (as they didn’t speak any English) but if it wasn’t for the World Nomads Travel Insurance I got, I would have been crawling the streets of Ulan Ude feeling sorry for myself.

Team #WeLive set off with the clear intention of documenting women’s stories and rights along our way. We’re passionate women and wanted to see how others live. We managed it and we’re bringing out a book in 2017 to share these incredible stories with you. In reality though, this was stupidly hard. Doing the Adventurists Mongol Rally is enough to handle, let alone trying to meet people on certain dates and times.

Some of us thought it necessary to book hotels ahead. Fricking ridiculous idea. All of us researched the amazing Soviet relics we wanted to see. Due to this and that, we didn’t see any of them. We regretfully had to cancel our appointments with some of the kickass women we wanted to talk to. That sucked.

If we were to do it all again, we’d just tell ourselves that we have to get from the UK to Mongolia and leave it like that.  You can’t plan this crap.

But…Go To All Of The Parties 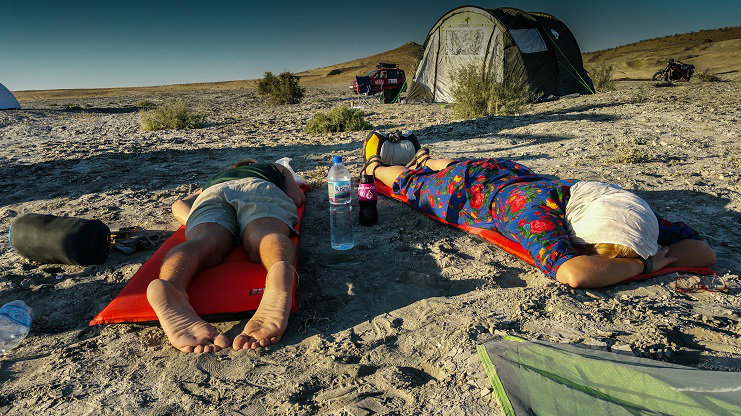 Sure, you might not make them all but to keep your sanity in check, just join up with all the other crazies at the prearranged parties on the way. The Adventurists have a few that they set up along the different routes so everyone has an extra excuse to drink even more alcohol. Most importantly though, this is an opportunity to let off steam, share your ups and downs with complete strangers, make friends for life and shake ya ass. Word.

Be Mindful, Present And Record Everything 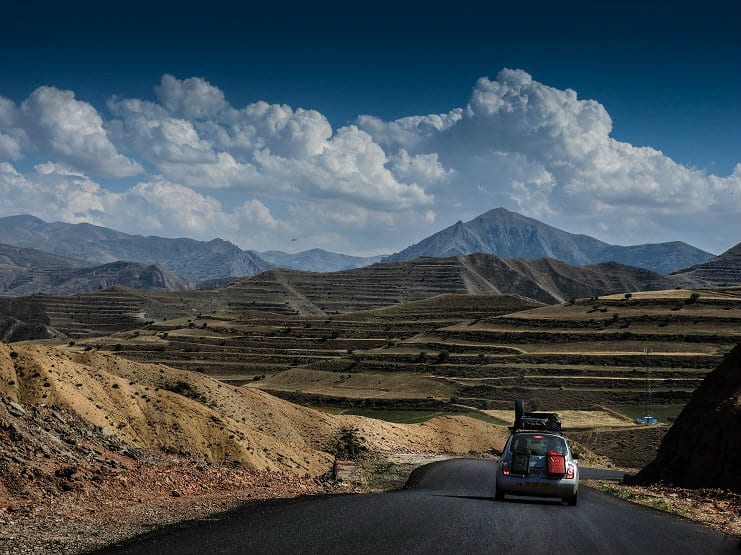 The Adventurists Mongol Rally is going to flash before your eyes. There was one day where we went through 4 countries in one day (OK, yes, it was in Europe) but still, this ‘holiday’ is not a chance to take your merry old time. Realistically, you’ve only got 2 months maximum to get from the UK to Russia (check out some awesome top travel tips for this awesome country here) before the Adventurists start collecting dust and tear the finish line down.

Most Of All…Don’t You Dare Give Up 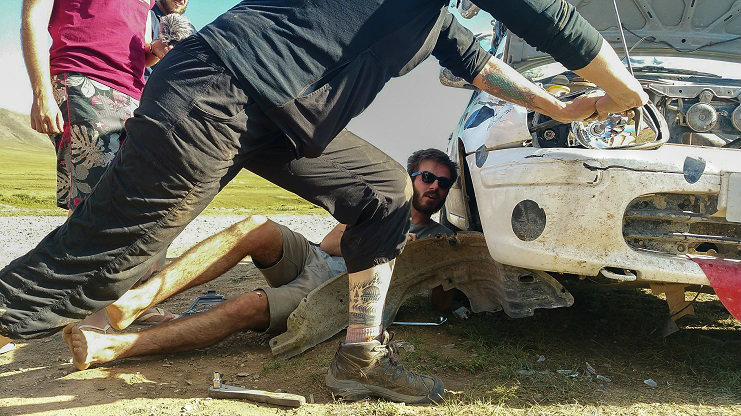 Out of the 320 teams that started the Mongol Rally, only about a third made it. There are a ton of reasons for that.

Yes, cars break down and you might not have enough money between you to even buy a Mongolian animal for lunch, so you gotta ditch the car. OR, from my experience, mentally you just can’t take it anymore and have to bail. A LOT of teams did that. Or you miss home, or just need a shower or can’t take fast travel like this.

If something really serious happens, go home, BUT with all your might, I strongly recommend you stick to your guns and get your ass to that finish line. The feeling of getting there and laughing at death in the face is highly rewarding.

Would I Do The Adventurists Mongol Rally Again? 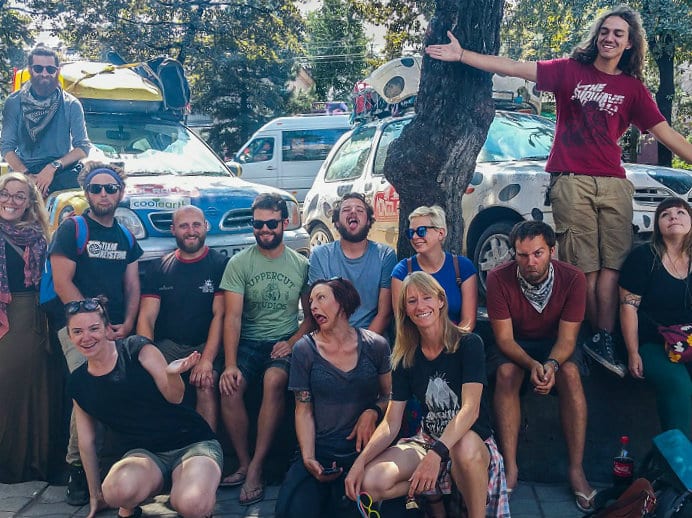 And after all this total s**tshow of a journey, right this minute, I’m talking with the girls about doing it again in 2018. Someone call the guys in the white coats…

Pin Me For Later! 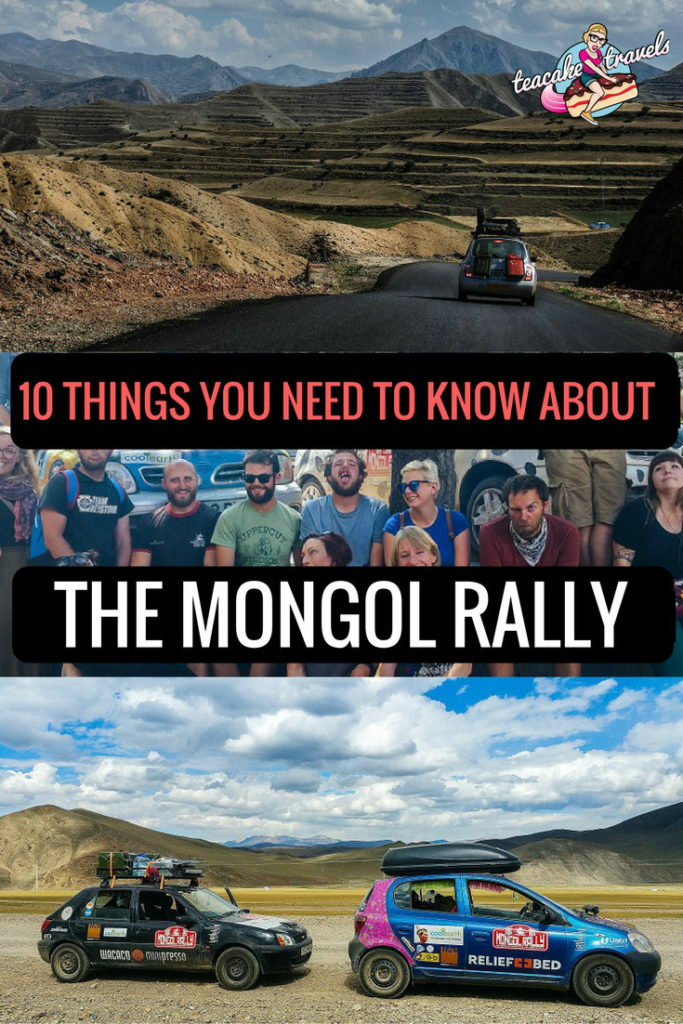 How To Find The Perfect Glasses For Travelling