I have just returned to Puerto Princesa from El Nido in the Philippines. My friends visited El Nido three years ago and couldn’t contain their excitement about knowing somewhere that was a little secretive, special and out of the hands of the likes of Lonely Planet. ‘Nothing’s there!’ they said. ‘It’s paradise! It’s a hidden secret! You have to go’. So I did go…and I arrived three years too late. What happens when a destination isn’t a secret anymore?

When I arrived the town was absolutely packed: tricycles were trying to take people to their hotels through the narrow, buzzing streets. Drivers dashed and darted as they dodged the tourists on the sides of the roads…who hadn’t booked a hotel. Not booking a hotel was proving to be a testing problem: Tourist demand is starting to outweigh what El Nido can comfortably offer. ‘Is this the right El Nido I thought?’ because it felt like the whole of Puerto Princesa had decided to move up here.

Get the best hotel deals for El Nido

What happens when a secret breaks out

A couple of days later me and some friends went island hopping hoping to get the same, if not a better experience we had had in Honda Bay. Some of these friends had been to El Nido years before and the look on their faces was not a good one. As we sped across the seas, it quickly became apparent that the ‘Secret Lagoon’ and ‘Secret Beach’ were something that everyone knew about. Hoards of boats congregated at the islands’ mouths as tourists scrambled to make it to the natural hidden jewels they hold within. Resembling a line of travellers eagerly waiting to board their plane, we all grouped together waiting to plunge into the cool lagoon waters.

As we docked up at one island, my friend Dave started to well up. Complete with a bar, deckchairs and a restaurant, this island had totally changed. He admitted that he had planned to take me here the next day on a kayak, as 4 years ago, this was his secret island. No one had claimed it, nothing was on it and it was Dave’s secret piece of El Nido. No more I’m afraid.  No more.

The Philippines relies heavily on tourism for its income and it is one of Teacake’s most favourite countries in Asia: it’s beauty, people and vibe is just exceptional. If the Philippines can share its magic with the world, power to them. More people are getting to know what the Philippines holds and the Filipinos can hopefully make good money. The key question is however, can they do this responsibly and productively, building a successful ecotourism industry that is going to benefit all?

Maybe I’m bad. Maybe I just need to sit down, shut up and accept that I can’t have secret spots whilst travelling anymore, just like what happened in Yangshou China. I don’t like this sense of tourist bombardment very much but hey, ‘wake up and smell the coffee Teacake, you’re a tourist too and part of the problem’. If you can’t beat them, join them right? The world is becoming a closer place and people will find out about what you may want to keep to yourself. That island that Dave claimed as his own four years ago certainly wasn’t his. Someone bought it and invested in it. They have every right to change it because places are eventually going to progress right? It’s an interesting debate for sure.

For El Nido, it was starting to become apparent that the scales were starting to tip. Can the locals manage to look after El Nido whilst continuing to bring the tourists in? I believe they are most certainly trying: I had been told The 4 Palawan Commandments by locals before as a kind reminder that paradise needs to be maintained with love and respect.

Boracay is well known for having become too popular and too tourist-saturated: will El Nido go the same way? 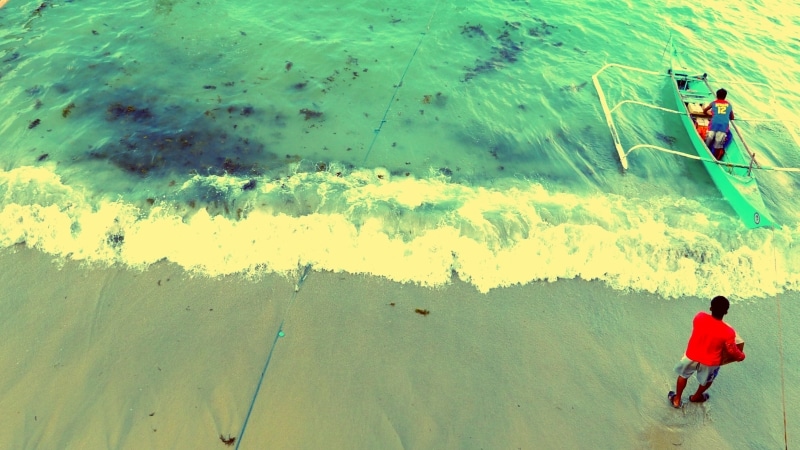 There's a thin line: are we going to cross it?

Where is the line in how much you should actually share with others? The selfish side of you may want to keep it for yourself but nothing stays the same forever. Countries are continually progressing and word will eventually get out about what is on offer. If you are going to share your secret, it’s always good to stress how important responsible tourism is along with it. Will locals be able to balance their need for money with the sustainability of Palawan’s beauty? Time will tell.

How to get El Nido Right First Time

Ferry from El Nido to Coron 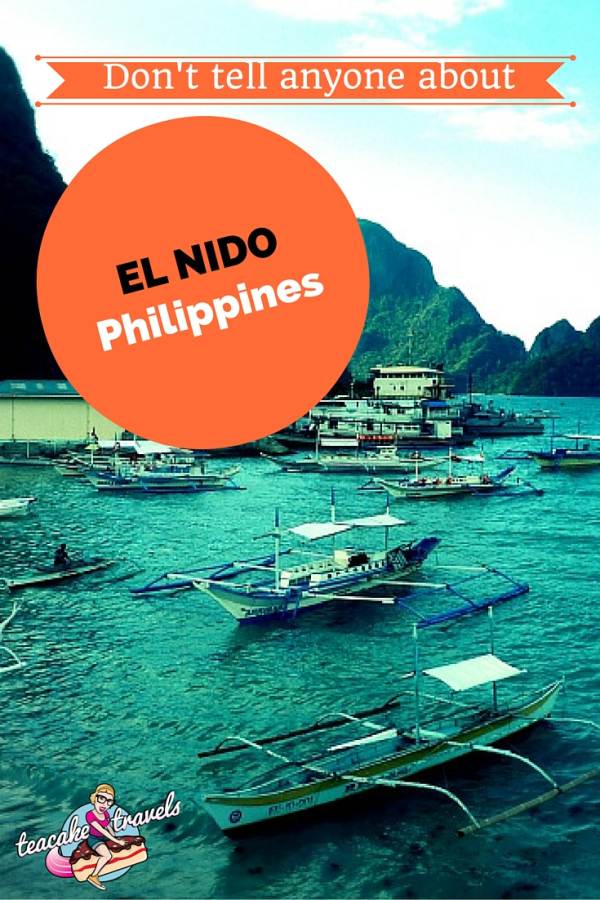