Racism in Asia: White skin and the Suntan

You are here: Home1 / Storytime2 / Racism in Asia: White skin and the Suntan

Coming back from the Philippines to Shanghai, I felt refreshed, renewed, reanimated and ready to take on the world.  I’m eternally grateful to the Palawan island for that! I was also sunkissed, bronzed and had a bit of colour on those pale white bird legs of mine. Sure, I went diving and island hopping, so I used sunscreen a lot. But naturally, I eventually got a suntan. Little did I know upon my return to China, that this would open a whole can of worms with racism in Asia. 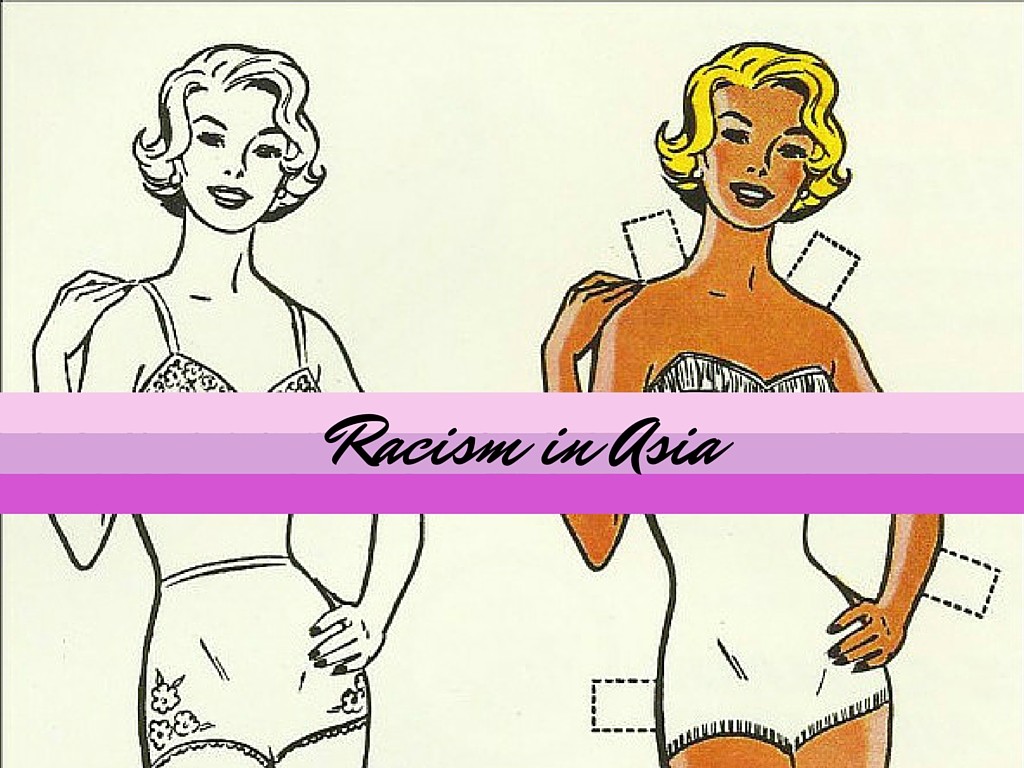 Returning to my first day back at work, my Chinese colleague turned round to me and exclaimed ‘You used to be so beautiful but then you went to the Philippines. Look at you. You’re so dark‘.

The worst part is that I’d deep down been waiting for her to say it. I’m so used to the common perception in this part of Asia. I just knew it was coming, and my other freshly tanned colleagues got exactly the same treatment. Which led me to basically exclaim when I got back home, ‘What the hell?!’

Why is white so beautiful in China?

Put simply, white is more beautiful in China because it signifies a higher economical status. Haven’t got a lot of money? You must be working in the fields…peasant…and that makes your skin brown and dirty. Sad but true.

I had exactly the same experience in South Korea and I can’t see this idea of ‘white = the best’ changing any time soon. As I think more and more about how important being white is around here, the examples of its prominence just keep coming up:

The number of skin whitening TV commercials going on here is significant. The foundation and make-up choices here are white as white. Black skin doesn’t even seem to be acknowledged here. My friends are being turned down for jobs – only when the employer finally saw them face-to-face: ‘You sounded white on the phone. Sorry you’re not what we’re looking for’. And as for the Asian ladies on the beach, I rarely seem them with a bikini on. They really don’t want that tan. They’re dressed up in their scarves and hats and covering themselves with floral umbrellas.

The white Western world plays its part too

Over in the Western world, we’re riding the same weird wave of skin colour preference: we just like it the other way. To us, brown and ‘sun-kissed’ is sexy. It makes us look thinner. We believe it makes us look more healthy and beautiful. Yeah that’s right; your white skin sucks.

Some people have even got to the point of tanorexia. Take Tan Mom for example. She really loves the orange look.  I can’t quite say we take it as far as our Asian friends, but we’re definitely buying into the idea that a certain skin colour is better.  I used to buy fake tan when I was younger, rubbing it into my dried elbows and knees.  We all know how that biscuit streaky bacon look turned out (I was a Willy Wonka Oompa Loompa).

I’ll leave you with a fantastic music video from local Shanghai expat band Round Eye. Their track ‘suntan’ rounds up this subject very nicely.

5 Reasons Why I Love hiking (and how you can give it a go!)
Scroll to top