Looking for the perfect recipe to create these wonderful creatures who call themselves ‘solo female travelers’? This is it. Follow the instructions carefully and what you’ll achieve at the end of it all is one seriously beautiful and powerful result. From a drop of anguish, a dash of rebellion, a spoonful of love and a slice of curiosity, let’s get stuck into How To Create A Woman Who Goes Traveling Alone.

Get her addicted to the good stuff 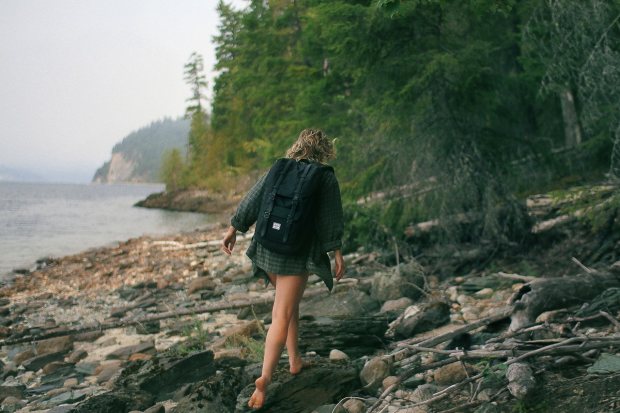 What starts out as a young girl spending her weekly pocket money on chocolate bars and gummy bears turns into a woman splashing her cash on Starbucks coffee, expensive handbags and shoes, the latest chemical to make her look ten years younger and a lot of glasses of the good old vino. What if a woman was shown endless adverts of how young, fit, healthy and fulfilled she would be if she spent her pocket money on adventures instead? Even if she hates spiders and can’t bear to go camping, even if getting herself muddy on a revving motorbike brings tears to her eyes, speeding across the waves on a jetski or throwing herself out of a airplane could just be her thing and give her that pure innocence she had when she got her first dollar. Get a girl addicted to the joys of adventure, to ensure she has no fear in chasing that next hit alone.

Break Her Heart So She Learns To Love Herself 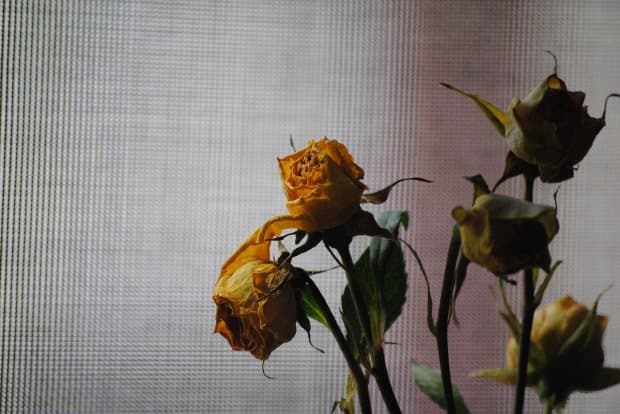 From the moment we come into this awesome planet, kicking and victoriously fist pumping the air, the soul within us which is rapidly evolving and yearning for knowledge, stimulation and exploration…ultimately needs love. Without love, our dreams have no meaning, our purpose in life cannot be fulfilled and our steps to reaching our true destiny will be a hell of a lot harder. A woman who goes traveling alone learns one crucial point: that love doesn’t always have to come from others. True love can come from many sources but the strongest source of all is within herself. By always seeking love from others, a woman will never unlock her deepest kickass magic. Learn to love yourself, then go and share that awesomeness with the rest of the globe.

Introduce Her To Feminism And What It Really Means 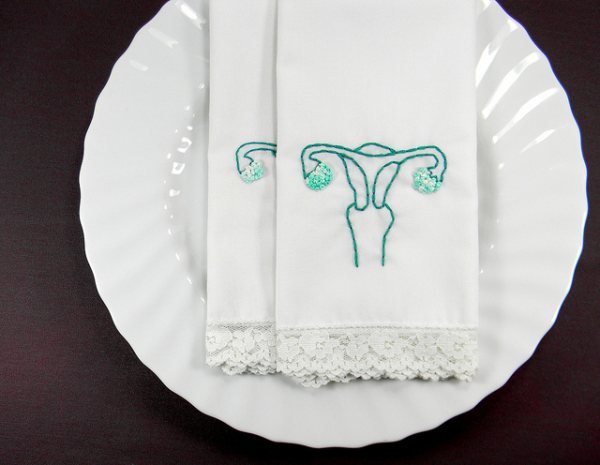 By hearing the word ‘feminism’, some people can get the wrong end of the stick. Visions of furious, penis-hating women, who are bitches from blazing hell, chaining themselves to the streets to exclaim their latest grievance is far from the truth. Feminism is not complicated. It’s an incredibly simple, loving, open-minded and understandable concept. It is simply about addressing these two simple questions: 1) Are men doing what we’re doing? If not, is that fair? and 2) Are men being polite to us? Feminism can be a bit of a scary, misunderstood idea but if you introduce what it really means to a woman, you’ll create a lady who believes in her strengths, skills and power to venture through the world successfully. She’ll believe she can go travelling alone. That she can speak up for her right to throw herself off that cliff, climb up that mountain, surf the seas just like her brothers, fathers, boyfriends and sons do and assertively project herself when she isn’t being treated fairly or given the same opportunities.

Show her the lows so she can try to conquer them 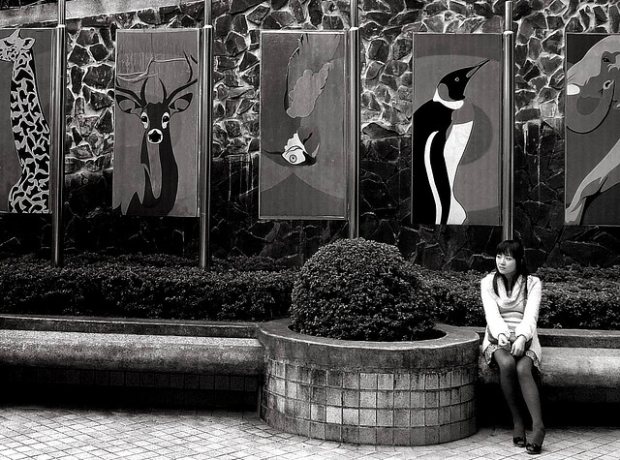 The unbearable heavy weight one can carry in their stomach. The debilitating anxious thoughts one can scream at themselves which no-one else hears. The terror one can feel when having to step out the door and face all of ‘those people’. Mental health is not talked about enough in this world, but guess what, I’m human and you’re human. You’ve had tough times and a woman who goes traveling alone has had those tough times too. To get out of the grey and into the light, many women find that traveling alone is the ultimate shock therapy…and with enough support and gusto, it can work wonders with a mind that wasn’t being kind to itself. No one desires a pile of crap served to them on a plate but by working through it and putting herself out there, a woman traveling alone becomes a whole new force to be reckoned with that is warm, glowing and walking around with a shiny new license plate to see the world.

Rebel Rebel! Let her say ‘No’ to societys’ expectations

People have very specific ideas about how women should lead their life. Religious reasons. Evolutionary reasons. ‘What’s best for you’ reasons. Parents, teachers and society are going to tell women that they should go in particular directions and that it’s the best path for them in order to ‘do the right thing’. To create a woman who ends up traveling alone, allow her to say ‘no’ to what others expect of her if she so wishes. Allow her to choose her education, her job, decide if she gets married or not and go where she wishes. She’ll reach the point where she’ll return, having accomplished things these people never imagined and the world will be a much better place for it.

Give her the heart and mind to want to understand others 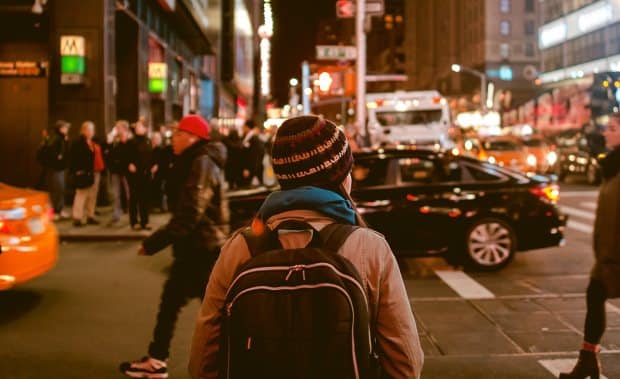 A woman who wants to understand herself, also needs to understand others. By understanding other peoples’ hopes, dreams, fears and rules of life, she can put herself in their shoes, digest the things she sees and then decide what she hopes, dreams, fears and will do with her life. A woman with a heart and mind to want to understand others, will do well to go traveling alone so she can fully immerse herself in the adventurous process and have time to reflect on her voyage of discovery. A woman needs that time without distractions to formulate and conclude her findings. As a result, she’ll blossom into the best girl she can be.

Don’t Give Her Everything 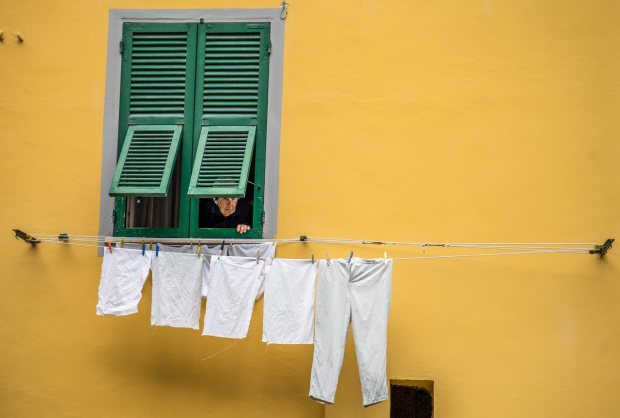 Women traveling alone may be searching for that missing piece to their puzzle. They may not know what it looks like, where it fits and exactly how they are going to obtain it but that personal alarm deep in their tummy will be wailing away, signalling to them that an adventure is needed. An adventure  to step out into the open world and fulfil their purpose. So make sure to not give her everything. Don’t give her the best ice cream she’s ever tasted. Don’t give her the most breathtaking view she’s ever witnessed. Don’t open the window to the world all the way, so that she can push it open herself and truly see what’s out there.

What ingredients make a woman who travels alone? Share your thoughts below!

How To Create A Woman Who Goes Traveling Alone