You are here: Home / Destinations / Bosnia and Herzegovina / Staying at Vilina Vlas Hotel in Bosnia? It’s a former Women’s…

This post may contain affiliate links. If you click on a link, I earn a little money at no extra cost to you.

In Republika Srpska is the town of Višegrad in Bosnia, known for the infamous “rape hotel” that was used by Serb paramilitaries to rape, torture, and murder Bosniak Muslims during the 1992–1995 Bosnian War. Victims were as young as fourteen years-old.

Yet currently, the hotel has been rebranded as the spa resort “Vilina Vlas,” where guests can sleep in the very same bed frames used to rape children. You can swim in the thermal pool that was used for mass executions.

Yet tourists are still booking into Vilina Vlas Hotel. Why?

Vilina Vlas Hotel can be viewed and booked immediately online on Tripadvisor and Agoda.

It’s advertised as having air-conditioned rooms, with lovely garden and terrace facilities. Guests can enjoy a drink at the bar and dine in the restaurant after enjoying the hot tub and indoor swimming pool.

There is no mention of the prior crimes committed during the war, and the hotel was currently booked out throughout September 2019 at the time of writing this post. 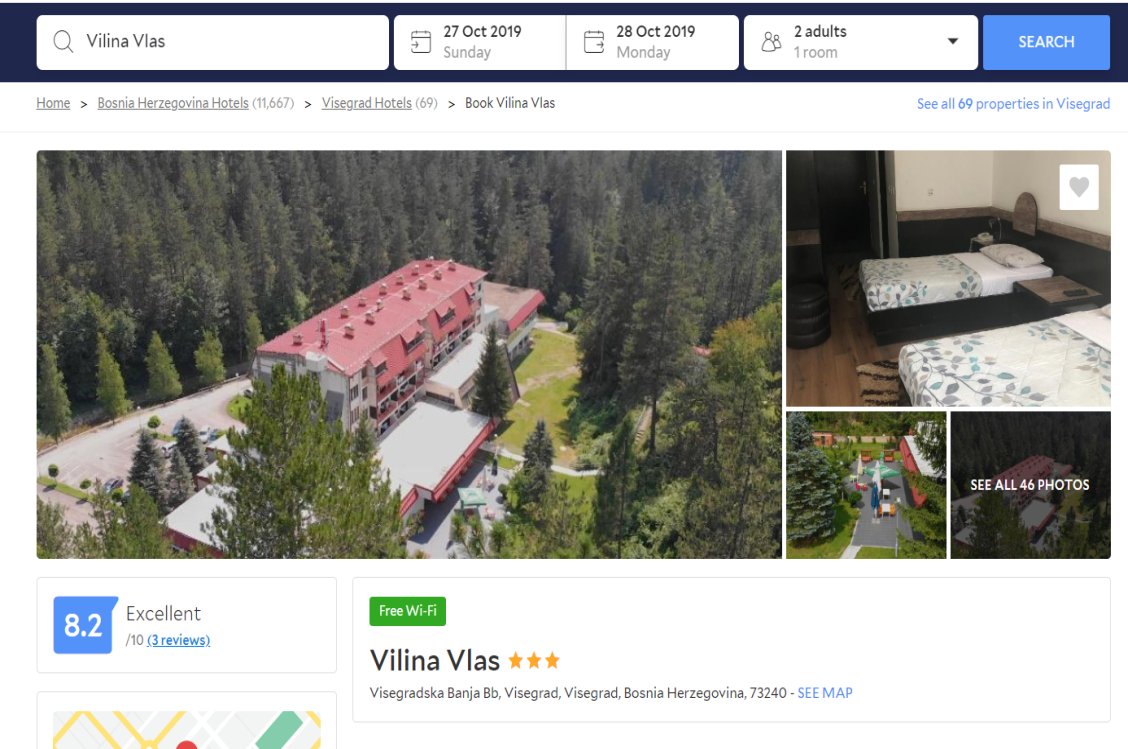 What constitutes a place as immoral to visit?

Telling backpackers where they should and should not travel when it comes to responsible tourism, is usually met with some type of backlash – especially when the moral card is invoked.

For instance, Erdogan’s regime in Turkey has the highest number of jailed journalists; but this has not stopped wanderlust travelers from soaking in the refreshing waters of Izmir or soaring through the clear Cappadocian skies. Does this make the country an orchestrator of greater crime against humanity?

Travelers also did not stop from flocking to Myanmar during the middle of the Rohinya deportations and subsequent genocide.

There has been a lot of talk recently about content creators and social media influencers visiting countries such as Saudi Arabia to promote the destination. Are they giving a full picture of the current political and social situation? Are they showing all aspects to what the destinations are actually like for the locals and travellers who go there? Many people felt they didn’t.

Is it a tourist’s responsibility to be conscious of the political and social situation of the place he or she is visiting? I’d argue yes.

Responsible Tourism in Bosnia and Herzegovina

Living in Bosnia and Herzegovina for the past three months has made me a much more conscious and conscientious traveller. This country was ravaged by war and genocide nearly twenty five years ago, only further political and ethnic divides to show for it.

The country is split into three entities: BiH, Republika Srpska, and Brcko (a district where the three ethnic majorities live side-by-side in peace).

However, Brcko aside, that is not the case for the majority of the country’s inhabitants. In Republika Srpska, where the Bosnian Serb majority resides, there is an adamant denial campaign of the crimes committed by the Army of Republika Srpska during the war.

Furthermore, war criminals are institutionally and openly revered, as evident through the posters, monuments, memorials, street names, and cafe names within the Republika Srpska landscape.

The town of Višegrad

Višegrad is a creepy town to say the least. The revisionist campaign, in an attempt to rewrite history, or ignore what has happened, runs much deeper than just renaming the “rape hotel”.

A town within the town called Andrićgrad, was built to both memorialize and capitalize off “Bridge on the Drina” author, Ivo Andric, in a greater effort to remove itself from its grim recent history. Here, you will find locals selling Serbian history books alongside books on the Illuminati and flat earth theories.

There is also a bar that pays tribute to “revolutionaries” with murals dedicated to Vladimir Putin, Che Guevara, and Ghandi.

Along the streets, you will find political graffiti honoring convicted Serbian Nationalist war criminal, Vojislav Sheshelj, who made public speeches calling for the ethnic cleansing of Bosniak Muslims.

However, if you ask a local, Sheshelj was wrongfully convicted as part of a larger propaganda campaign orchestrated by the ICTY against the Serbian people.

There are also tours from Sarajevo that run to Višegrad

Yet how much of the real history that happened here is revealed is uncertain from the tour description alone.

Aside from the Serbians coming across the border to relax in Vilina Vlas’ hot springs, the vast majority of foreign tourists are naive Chinese and Japanese tourists, who come for Andricgrad and end up staying in Vilina Vlas.

Why I visited Višegrad

I came to Višegrad for journalistic purposes, as I am currently working on a documentary on war memorialization and genocide denial in BiH. However, it is not a place I would willingly come to nor advise anyone to visit. I feel that Višegrad does not deserve any tourist dollars until it comes to terms with its history by officially recognizing its role in arguably the region’s most horrendous crime.

I urge all travelers, regardless of your destination, to research where you’re going. Realize what your money is contributing to when you book a hotel room or buy a local t-shirt. And please, if you really want to buy that flat earth book, head to Amazon instead of to a town where war crimes and genocide are systematically denied.

Related reading: The hotel where women were raped and tortured

Would you ever consider staying in Vilina Vlas?

After learning more about the history of Višegrad and the sinister past of Vilina Vlas, I’m curious to know what you think about the responsibilities that travellers should practice while discovering new lands?

You can see amazing sites while travelling responsibly. Check out my other destinations to start planning your travels.

What is OceanMedallion on Princess Cruises? Your Q’s Answered!